Woke up at 6, for a change… Morning run with Jeff, there were a few runners around and the homeless community. None of them begging, I think they collect things and sell… They were dotted around benches and grass on Palisades Park.

Then breakfast and off walking to Venice beach. Nice and sunny today! We sat down on the beach for a couple of hours, then Daniel decided he didn’t want to walk with us to Venice Beach, so he went back to the hotel. One of his friends from England is staying nearby, Hero, so he went to meet him, while Jeff and I walked a lot…

We saw so much, my mind is scrambled. Two muscle beaches, hockey, volleyball, basketball, Japanese street dancers, lots of weed doctors, tat shops, not-tat shops. We struggled to get an alcoholic drink and then we found a market. To be honest Venice can’t be put into words. I tried to describe it as supersized Camden-on-sea on acid. But that doesn’t come close. Never seen anything like it.

Had the most remarkable encounter was with Harry Perry. Harry Perry on Wikipedia

I spotted him gliding in my direction and all the people between him and us just sort of vanished clearing a direct path. I asked if I could take a photo, and he said I’d have to buy a shirt. For $20. I thought that was a bit steep and tried to negotiate down to to $15. He said no, they were good quality shirts. I could sense I was in the presence of someone special, so I said yes, if I could take photos too. He said buy the shirt first. We studied each other for a moment. I said ok. And he started going through his bag, first he pulled out a blue one I didn’t like and I said I wanted a small one, black. And through that we got talking, he told me his daughter just graduated. I asked him what in, he paused to think and said ‘something neurological’. I took a photo of him on his own, then one of the two of us. As we were about to part ways, he said ‘Did I give you my CD?’. Hell, I didn’t even know he had a CD to give. And now I have his cd and a rather nice shirt. He said ‘wear it on the beach! Wear it everywhere!’ 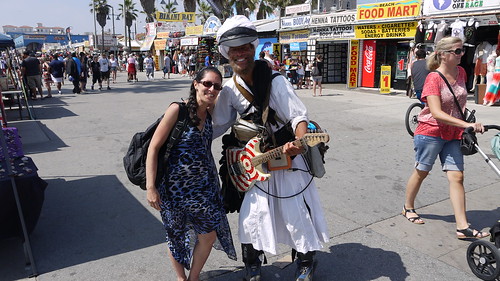 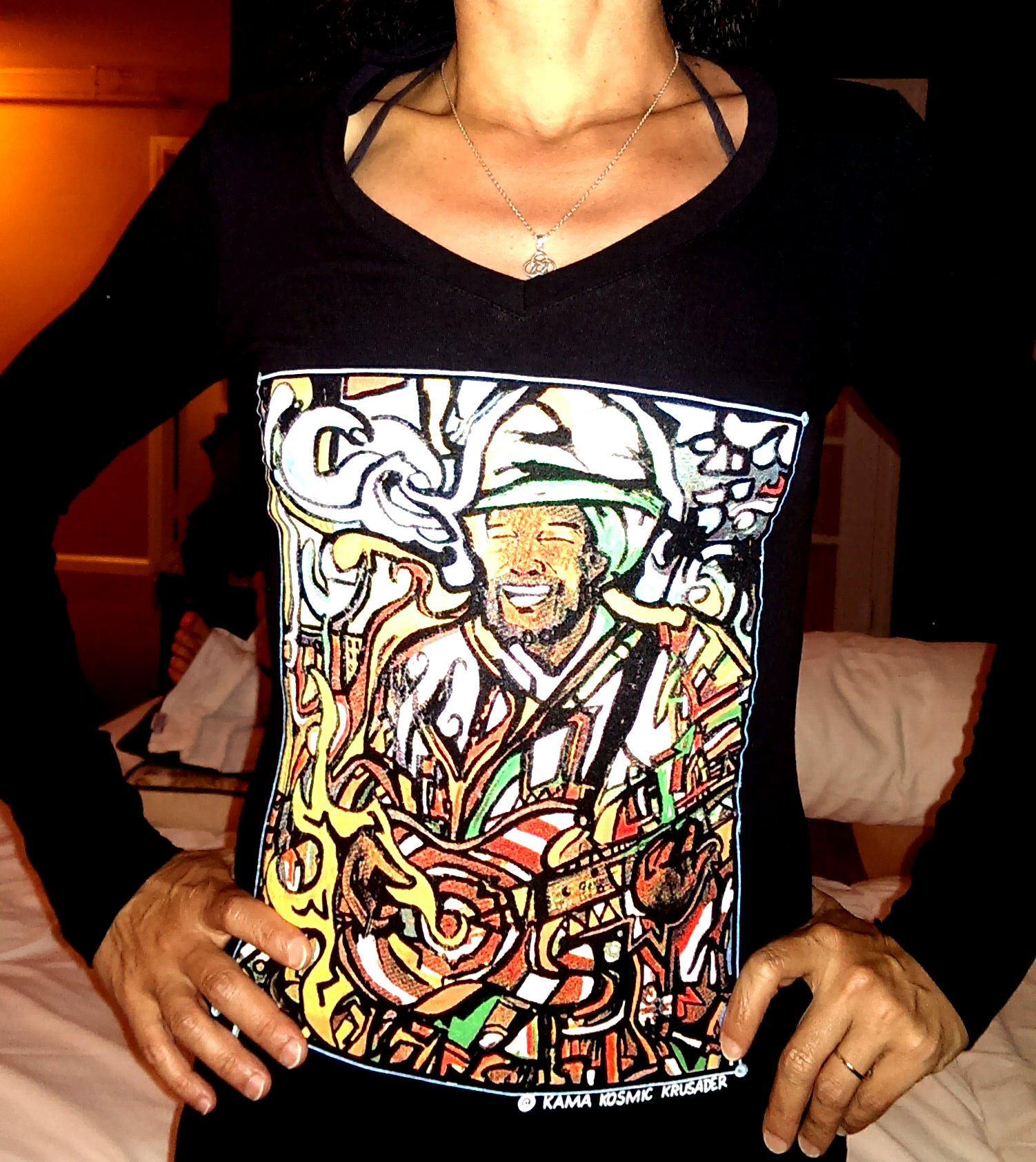 So after walking about 7km (I only started tracking after 2+km), on top of the run this morning, we were a bit tired and had dinner at ‘Stout’ which is 2 minutes away. Fine burgers and beer. Pretty decent food.