It’s here, the last full day. I’m ready to got back, tired of living out of a suitcase, missing home, and routine. But onto the present. TODAY THE SUN FINALLY CAME OUT!!!! Which was really uplifting and much needed.

After late breakfast in our room, we finally got ready to leave at midday (I’m not saying this had ANYTHING to do with Daniel’s beauty regimen). We walked through Chinatown, which really is quite big, so we could get on a tram. Two went past and said we couldn’t get on. These trams are elusive and hard to get on. I guess we were lucky to get on one on our first day, even if it was for five minutes.

We got to Pier 39 after a thirty minute walk. We walked around for a while, saw the seals, had coffees, Daniel had food. The sun was out, it was all good.

We then walked along for a bit, it was quite hot! We got on a street car to Market Street, where we bought a few paintings from a really nice guy, John N Tunui. 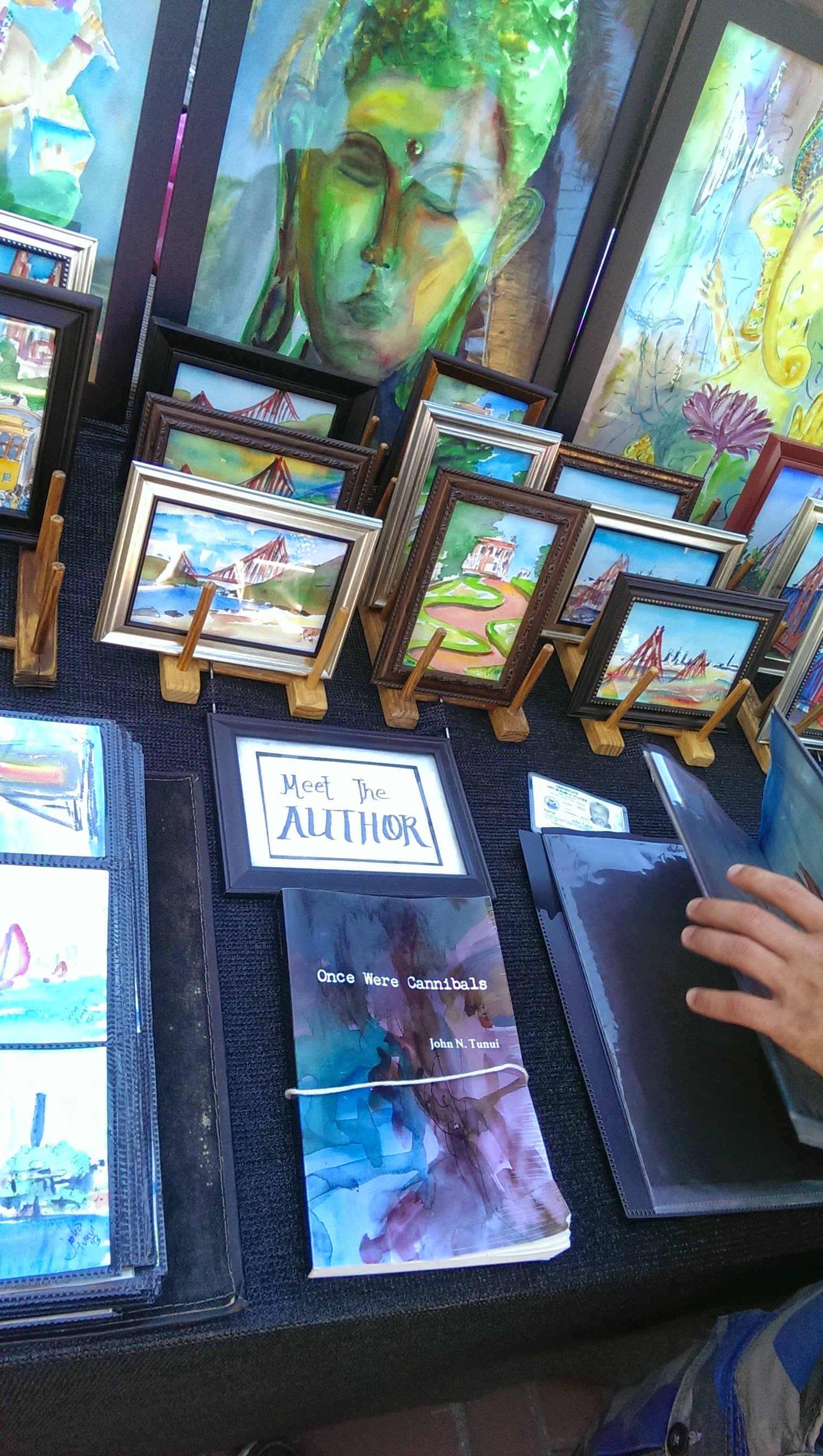 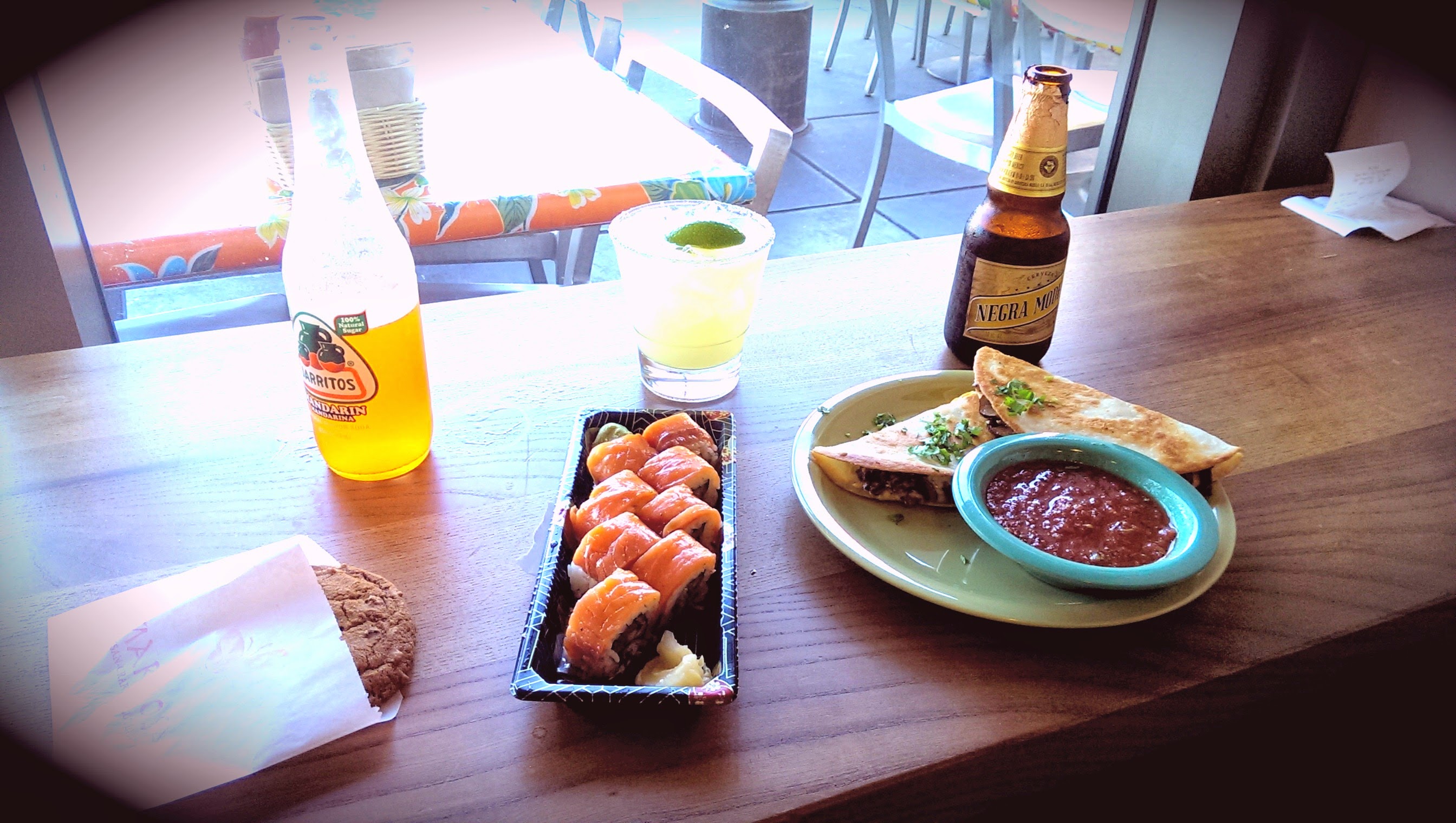 We went out to look at Bay Bridge, walked and took photos and walked and so on, until we sat by a bow and arrow sculpture and watched a couple of people climb on it. Nice place just to hang out, and that we did.

After a while off we went again, to start heading off home, we walked along Folson Street with Bay Bridge to our left, then ended up at Yerba Buena Gardens, where we sat in the sun for a while. Lovely… Then we just walked back to our hotel and were indoors by 18:30.

Went for dinner at Puccino’s (no website for this one, tiny restaurant). We had to wait for 20 minutes for a table, outside. When we sat down, Daniel went to the toilet. When he came back, Daniel sat down and said ‘sorry’ to the people on the next table. Then the man on the table next to ours started firing off (in Spanish), rather aggressively. I could understand what he was saying, but neither could Daniel or Jeff. He was basically saying over and over again in different ways, that Daniel nearly knocked down the olive oil bottle on their table.

I looked at them and said ‘We can’t understand a word of what you are saying’ (It wasn’t Mexican Spanish I don’t think). Then the woman started saying the same thing as the husband, in Spanish. I Translated what they said to Daniel and Jeff and complained they wouldn’t shut up. Daniel said to them: ‘I did apologise’ and they carried on. So I just said ‘callate’, twice, and they did. Then I looked and felt annoyed for a bit. I was tired and had a headache. Dinner was very nice, worth the wait. That was the most unpleasant encounter we had, everyone else has been good, some people have been wonderful.

We got back and packed our cases, hopefully we won’t go over the weight limit.