I can’t quite remember how, but a few months ago I heard about this idea of making London into the first National Park city in the world. That’s pretty much all it took to get me on board. It sounded like an amazing idea and to me the whole concept was clear and self explanatory. So I was a little puzzled by some of my friend’s reactions when I mentioned it in person or via the internet.

‘Will this cause planning permission issues?’ – don’t you already need that anyway? Isn’t London full of restrictions – a, mostly, good thing? There are enough empty properties anyway!!! Reuse them first, then think about building on fresh land. Also, the answer is ‘no’, that’s not the point of this project.

‘National parks are protected areas of countryside, you can’t have one in a city.’ – eh? why not? Why can’t the concept evolve and involve cities too?

This one cracked me up ‘Absolutely not, were a city not a park.’ mmm, ok, how about being a park city – the first one ever?

I still think it’s a fabulous idea. Even more so now, after meeting the man who dreamed this up during a 16km walk organised at the weekend. The walk itself was a mega challenge for me, as I’m not a long distance walker. Luckily I tried to be one once, so I still have the boots, in fact the boots were only worn once for a short walk. This was to be their first real mission.

We met at Crystal Palace station, I invited some of my friends and our group consisted of seven people. Then there were other people we didn’t know – and if I remember correctly there were ten, making the group seventeen strong.

The route was from Crystal Palace to Southbank – across many green spaces along the way. 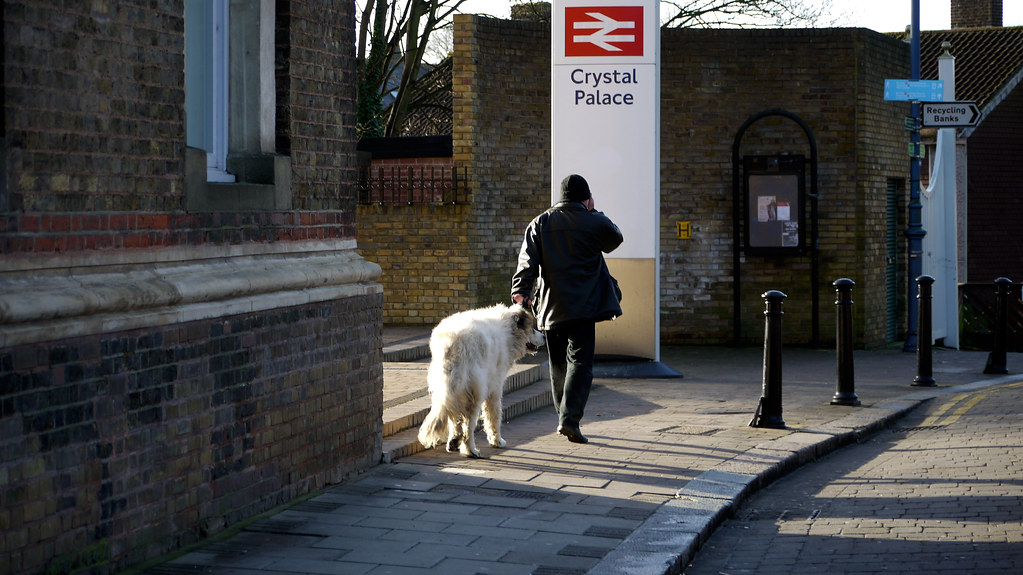 We started off walking through Crystal Palace 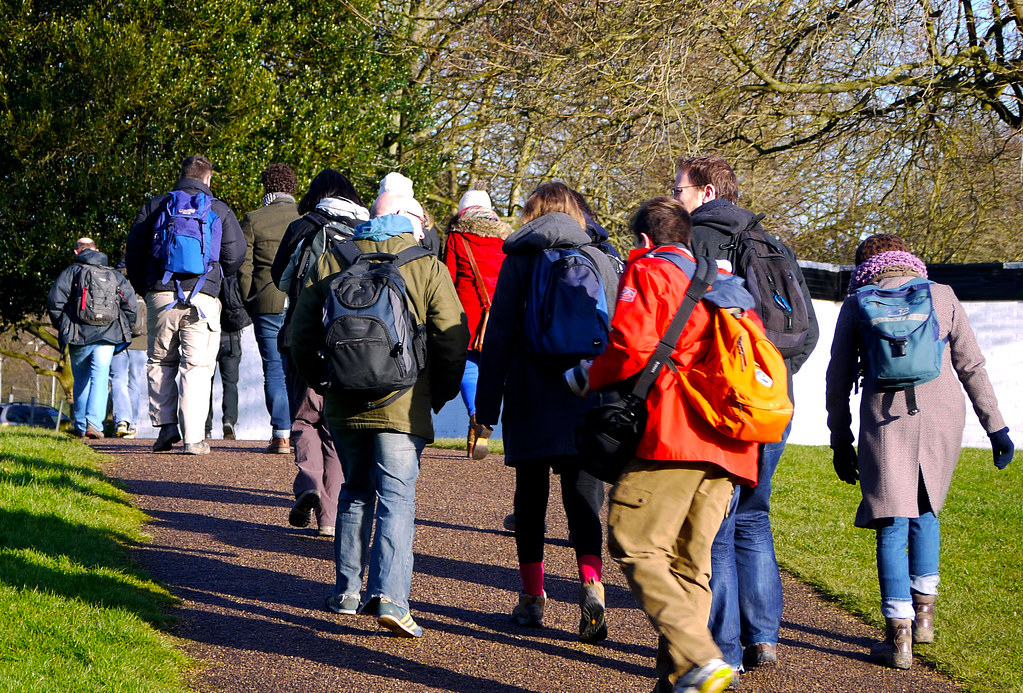 And we are off for a long walk, on a beautiful winter’s day

We then had to wait for about 20 minutes outside Sydenham Hill for two more people to join us. While we were there Daniel explained the concept to us. This is copied from his website:

According to National Parks UK, the purpose of a national park is to ‘conserve and enhance natural beauty, wildlife and cultural heritage, and to promote opportunities for the understanding and enjoyment of the special qualities of national parks by the public.’

If these objectives are central to the notion of a national park, why shouldn’t London, with all its green space, cultural heritage and diverse wildlife, be one too? I propose creating the Greater London National Park*.

To be clear, I am not calling for London to be given a legal national park designation. But I do think there would be great value and benefits if London was named as a new kind of national park – an urban national park or a National Park City. 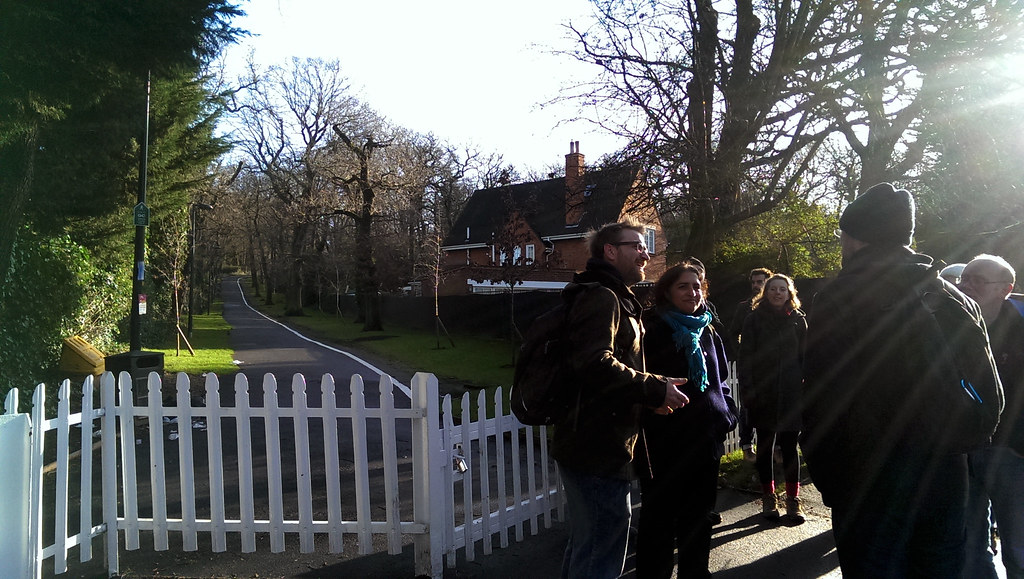 And then we were off and got straight into seriously muddy and mulchy woods – Dulwich Woods, which was a great start to the walk. It was very slippery and we got a little bit lost. ‘It’s not a proper walk if you don’t get lost’ sort of came out of my mouth and I’m standing by this motto as it’s a good one.

We started to get acquainted with each other – which has always been one of the most charming features of the various walks I’ve done in London: random talks with people you may or may not know. 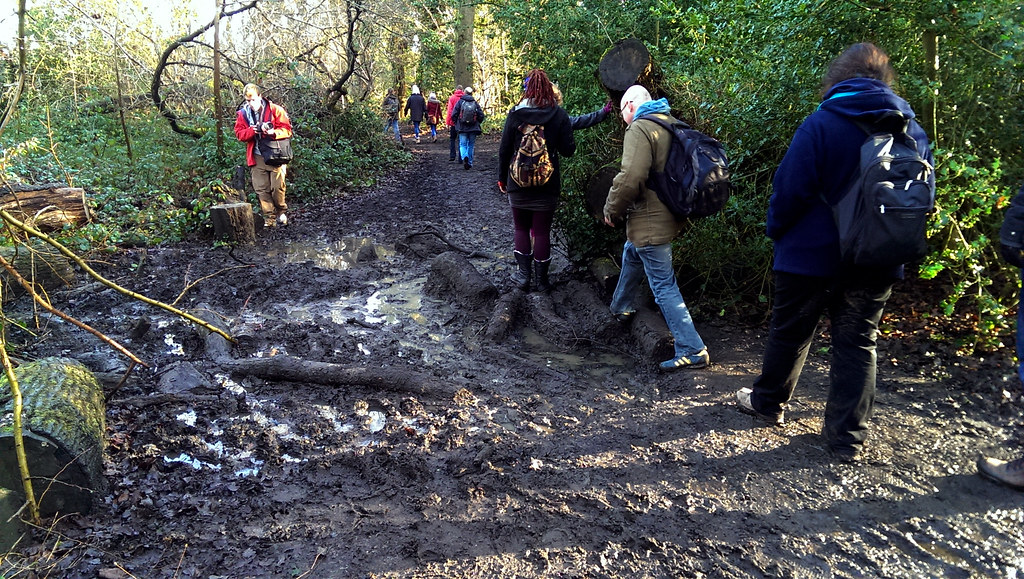 I actually considered wearing trainers, as they are lighter, but my husband reminded me of the very real possibility of mud, and was he right! There were other people wearing trainers though. I can’t tell you how much I loved walking in the mud, especially up hills. The fear of slipping added to the excitement. I started wondering who’d be the first one to slip, but no one did in the end.

We got to beautiful Horniman Gardens where we took a toilet & food break and where I lost everyone. My husband had to come and get me after I called him on his mobile… 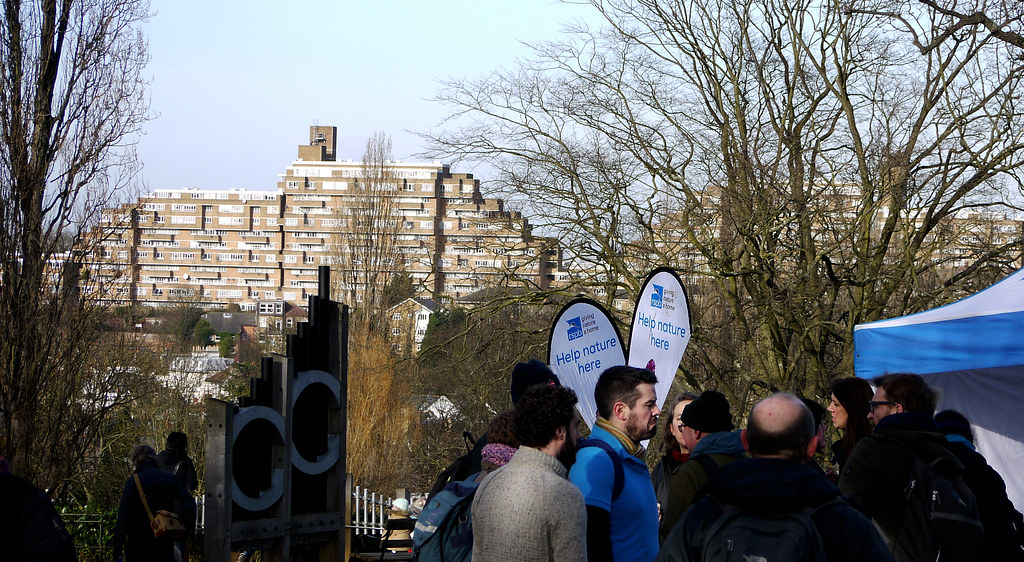 Horniman Gardens view. There’s a green area in front of that block where you get a tremendous view of London. We used to have picnics there.

We walked down Horniman Nature trail then back up it again (ok, we got a little lost again, but only because the trail offered no way out). We then did a little urban walking and got into Honour Oak, and One Tree Hill, where we stopped for lunch. The image at the top of this page was taken there. 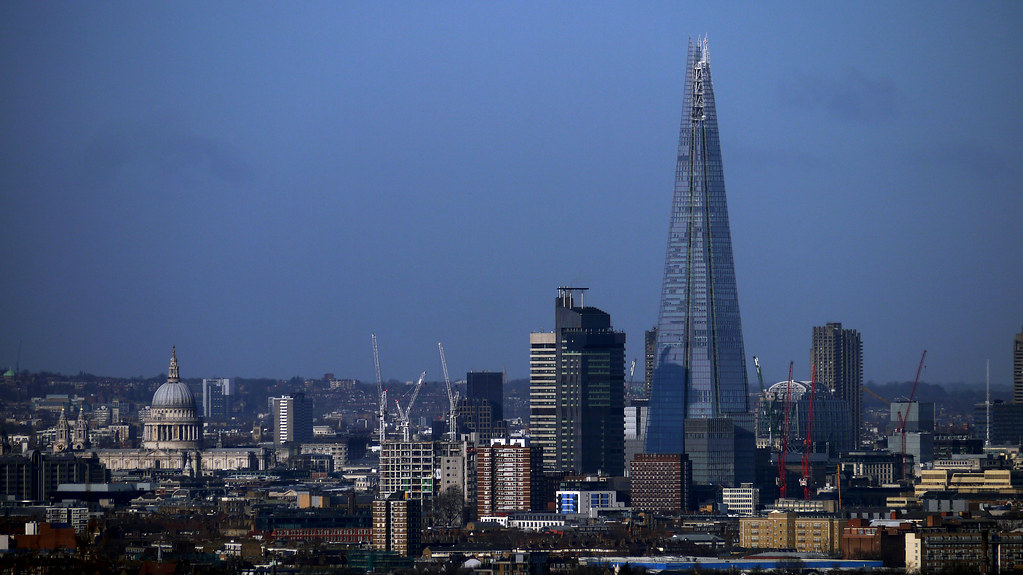 Partial view from One Tree Hill 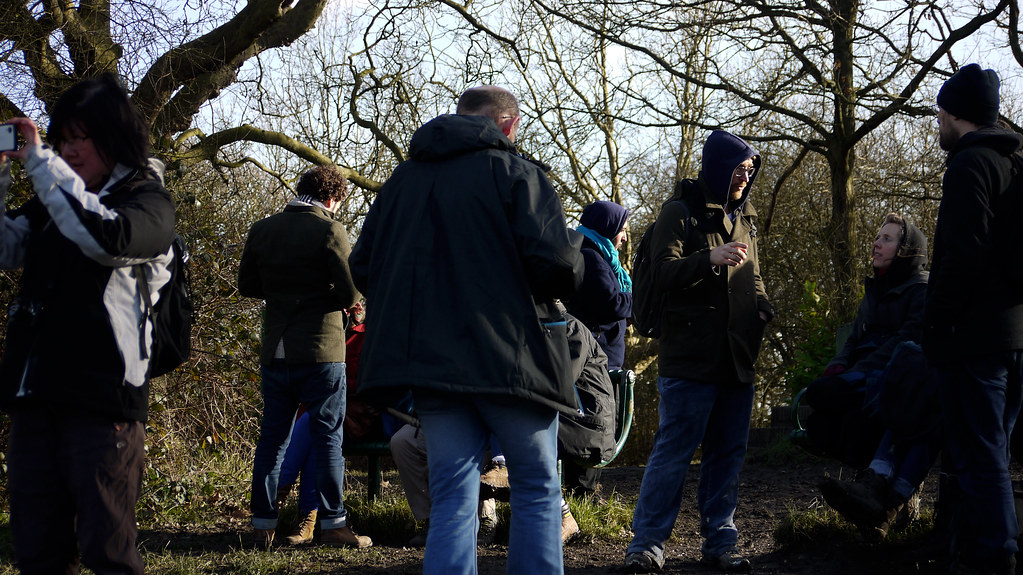 Time for a breat to eat and talk! We have walked around 6.5km at this stage and it’s around noon.

We walked through, and got to Nunhead Cementery. I didn’t know this, but apparently there were seven cemeteries built in the Victorian times: The Magnificent Seven. Nunhead is one of them. And Highgate where Karl Marx is buried is another. They were built between 1832 and 1841. This hollow chapel gave me one of my favourite images of the day… 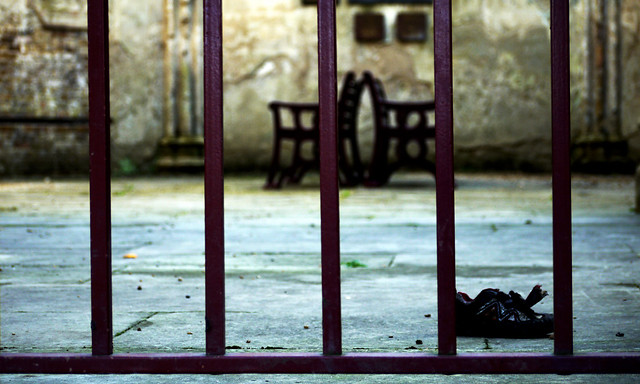 A lone shoe at the anglican chapel

We continued walking and suddenly found ourselves back in very busy London – on a Satuday afternoon: Peckam. I had almost forgotten we were in London and suddenly it was there again. I suddenly felt very awake. All the people and noise and traffic… At this point four people left the walk to get a train from Peckham Rye station. We had walked 10.5km and some of us (me me me) were starting to feel it.

Then onto Surrey Canal walk – which was very pleasant. Another bit of London I had never been to. This was a more typical London green area: cyclists, runners, children… A narrow walkway of just over 1km leading to Burgess Park. 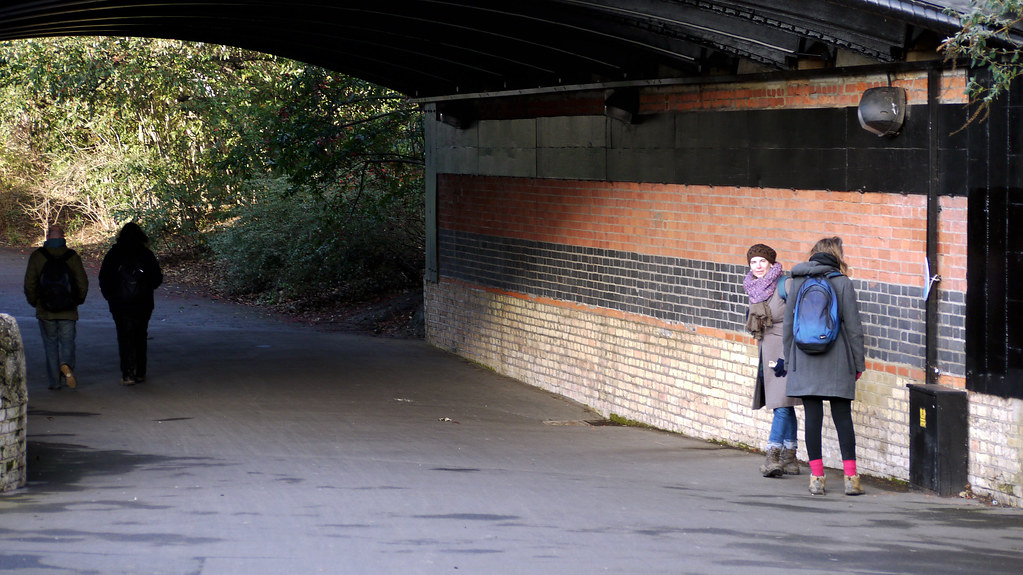 The group was starting to fragment a bit at this point. Someone went off to buy painkillers – and we had split into various groups. My hip was starting to hurt a bit and I wanted to walk fast as it warms the body up. Slow walks can become more painful for me. We regrouped at km 11.5 and then we stopped for about 10 minutes at the Burgess Park Albany park entrance, just before 13km. Once again, complete change of scenery, past monolithic council estate buildings but also some interesting new builds. We were in inner London. 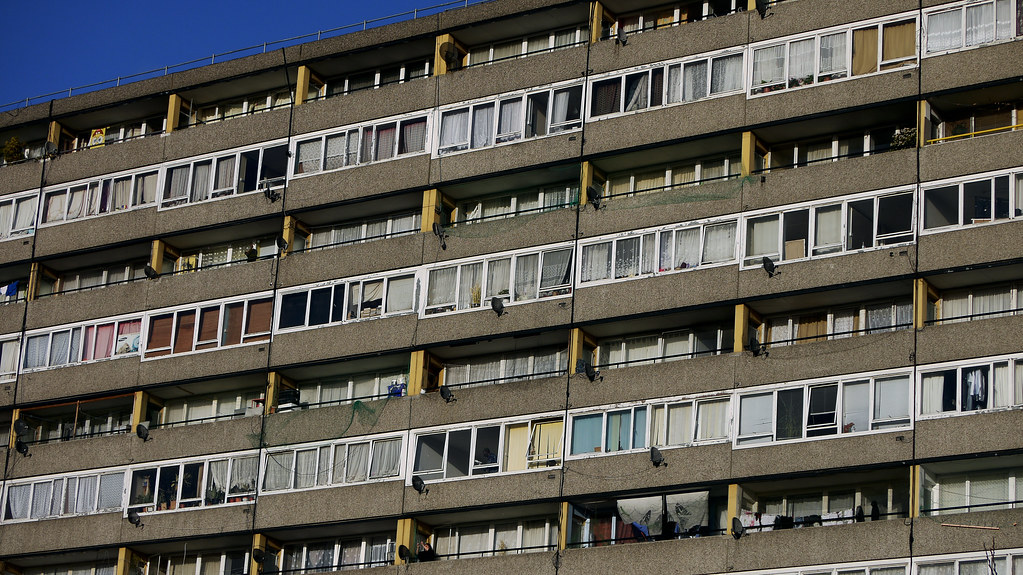 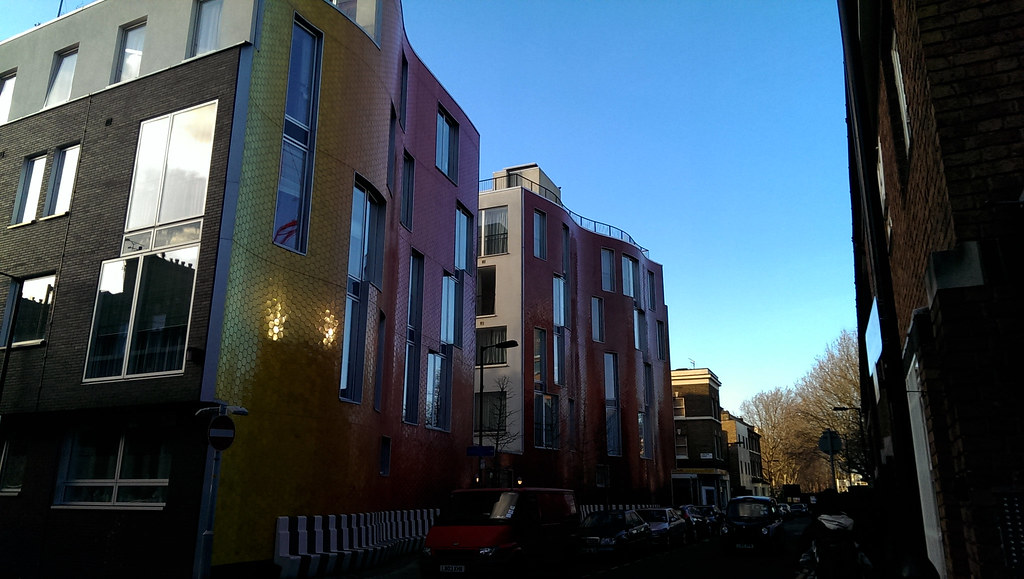 Two more people left at this stage, on New Kent Road, at 14.5km.

The last 1.5km was kinda hellish. Both my hips hurt, my left knee and thigh hurt. Also my boots, which had been behaving rather well so far, started to dig on a very specific point at the top of my ankles. Making each step really unpleasant and stabby. But then, just as darkness was falling (great timing) we got inside The King’s Arms, on Roupell Street. Walk completed at just over 16km and in 5 hours and 34 minutes. Time for a delicious cold Guinness. And then another! And some pleasant chatter 😉

All the day’s photos:

This really was a pretty special day out. I had a lot of fun and we got very lucky with the weather, which was amazing. Also met some very interesting people and I’m now looking forward to the next walk. More importantly – I really really believe in the idea that London should be the first national park city in the world!

Find out more and get involved!