On the 15h of February I cycled to work, as I got there my phone rang.  It was Jeff.  He had received a call saying Aphex was dead.  She was crossing the road either to or from the common and got hit.  The police found her lying on the middle of the road, curled up, looking like she was sleeping (or maybe they hit her, will never know).  She’d been back to normal for a few months, as if she never had an accident, she could jump up again, no limping.  Her and Rusty were fighting more, as it seemed Aphex once again thought she was as a strong as Rusty. 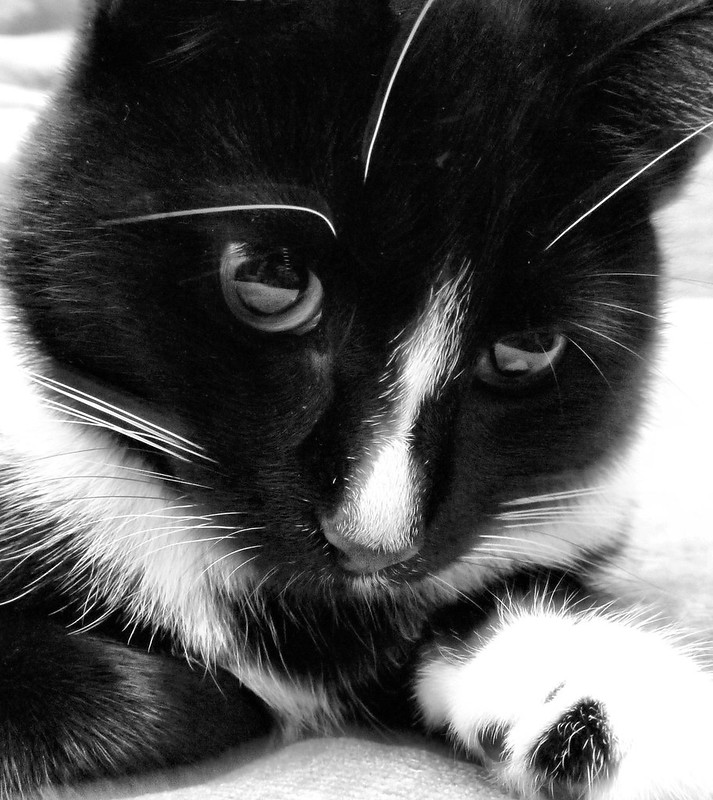 Rusty, to be fair, was now bigger than Aphex, in fact Rusty had doubled in size since we first adopted her.  She must have been very young!  Probably 5-7 months old.  A proper teenage mum!  They were fighting a lot, but also cuddling up together a lot.  On this photo they were doing both.  Aphex always seemed to want to kill Rusty, then she would start licking her…  Very funny. 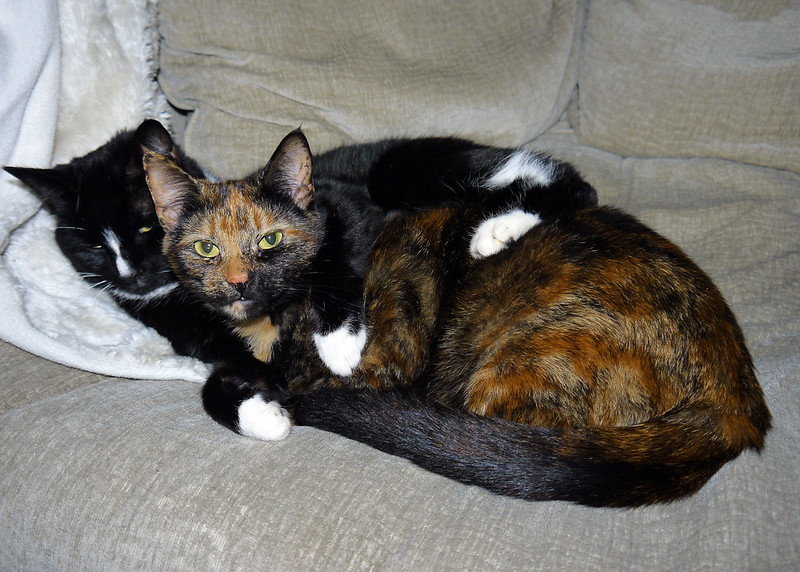 Jeff and I went to the animal hospital in Fulham to see Aphex, that afternoon.  There she was all peaceful, she looked asleep…  We had a little cry, cut some fur off her, and said our goodbyes.  She was cremated a few days later.  And we bought a nice cat urn for her, and a stone with her name on it…

Last photo of Aphex, at the animal hospital.  She looked peaceful. 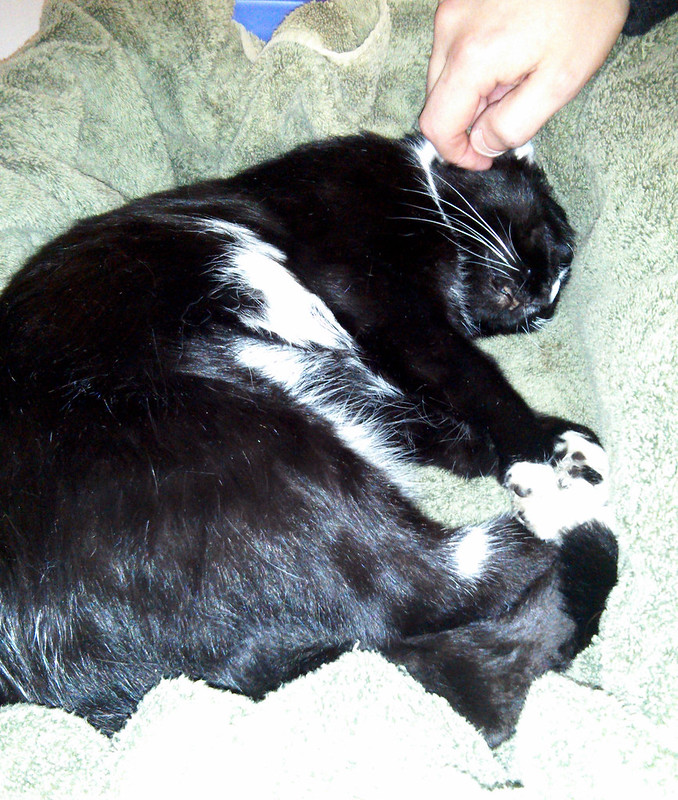 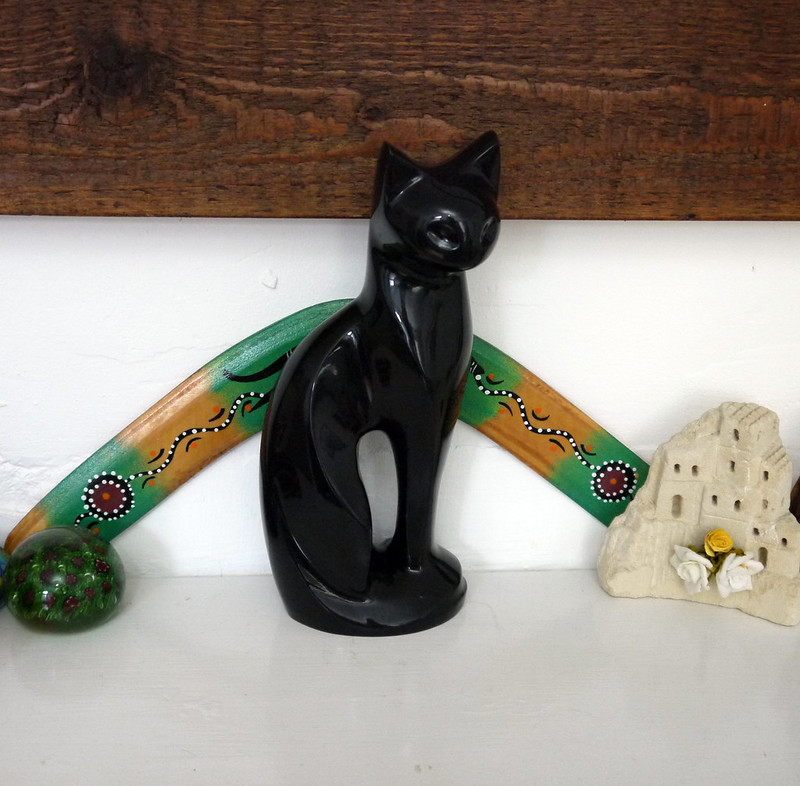 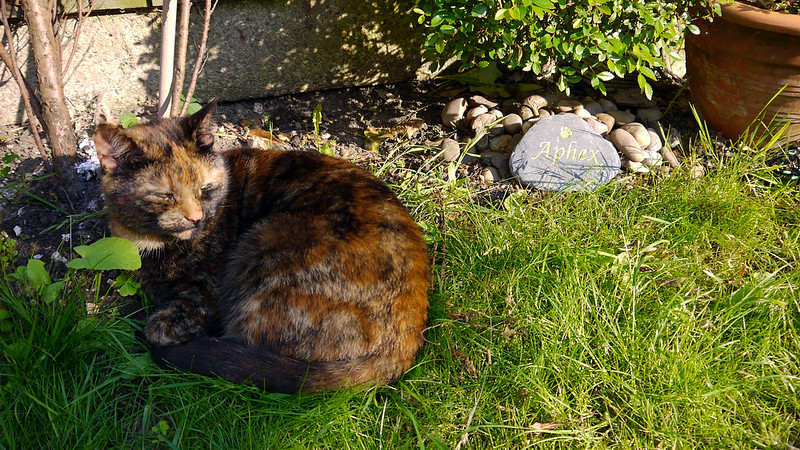